Shopping Cart
Your Cart is Empty
Quantity:
Subtotal
Taxes
Shipping
Total
There was an error with PayPalClick here to try again

Thank you for your business!You should be receiving an order confirmation from Paypal shortly.Exit Shopping Cart

re·sil·ience 1. the capacity to recover quickly from difficulties; toughness.

I’ve always had a fascination with rocks; I’ve been attracted to them for as long as I can remember. I was blessed to grow up on a beautiful piece of land in Northern Ontario; 200 acres of hills, trees, a private lake…and a whole lot of rocks. I would spend hours looking at them, picking them up, examining them, deciding which I would keep, which I would skip on the lake, and which I would put back exactly where I found them. There didn’t seem to be any rhyme or reason to which I kept or discarded; some of the prettiest or most sparkly rocks were not added to my collection. For many years, I didn’t know why that was, but I later came to understand what it was about the rocks I was drawn to and chose to keep – their energy. When I picked up a rock and held it in my hand, how the rock made me feel was the deciding factor. I collected only the rocks that made me feel good; safe, grounded, protected, happy.

My fascination with rocks only deepened when I was school aged and learned that rocks were essentially the result of what had happened to them. Simply put – sand and minerals had become rocks through compression. Rocks are HARD…seemingly unbreakable. To think that they are a product of what has happened to them was beautiful to my young and inquisitive mind. I began to really look at the rocks and wonder about their stories. I began to really notice the various colours and shapes in each of my rocks…and then I realized the commonalities between rocks and human beings. Everything that happened to them shaped what they had become…and would continue to. Is that really so different for us? Like rocks, we have been shaped into who we are largely by our experiences and our environments. While I had a lovely childhood in many ways, it had its share of darkness. My parents were self-employed workaholics who dealt with their stresses by drinking and taking said stress out on each other. In addition to growing up in an alcoholic home, I was molested for 8 years by men in the small town I grew up in. My childhood was filled with beauty, love, pain and trauma. Given all that, I had to ‘grow up’ quickly, I had to ‘be strong’, I had to survive. And so, I became resilient. In doing so, I likened myself to a rock; a product of what has happened to me, what has gone on around me, and seemingly unbreakable.

But does being resilient mean that we are unbreakable? No. And thinking so can be dangerous. I have learned that in the years leading up to my ‘middle’ age. We human beings, like rocks, regardless of our resiliency – are STILL a product of what happens to us. We must keep in mind that with enough pressure, even rocks will break; so will we. And with constant wear and tear, even rocks will wear down; so will we. Even a rock that has been exposed to ‘gentle’ outside stimulus such as water dripping into the same spot will eventually wear a hole in it over time; so will we.

We must remember that as human beings, we are, in fact, breakable. While that can be a difficult and humbling reality, I have found it to be a relief. It is as if permission has been granted to not have to be and do everything and that I not only can, but need to, take care of myself. We must consider what is going on inside of us, to embrace that no matter how strong or resilient we become, there can also be healing and growth. Healing and growth do not take away from our strength or resiliency, they compliment it. My belief is that all of those together provide balance in one’s life, heart and being.

I am strong and I am resilient, but I still carry a rock with me as a reminder that even something strong can be shattered by its surroundings. 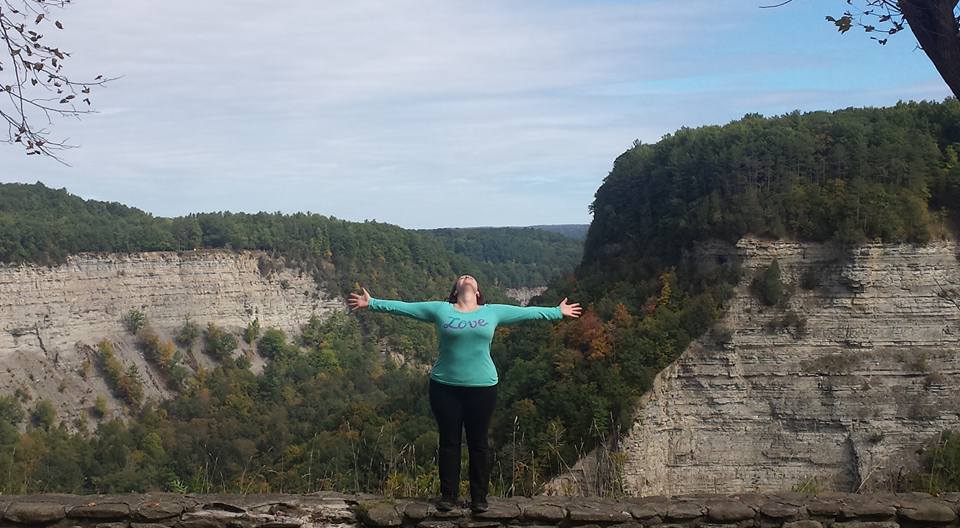